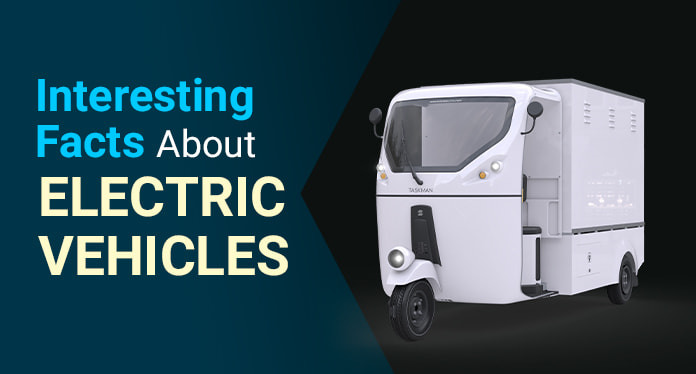 In the modern world of technology and automation, electric vehicles have become a fresh source of intrigue. Due to the increasing availability of various types of inexpensive electric automobiles, the global market for EVs, or electric vehicles, increased by 40% in the last two years. Myths and presumptions regarding electric vehicles might arise as a result of their rising use and high registration rates, which outpace those of traditional engine vehicles. In this article, we’ll refute common electric car myths and provide more electric vehicle facts on this relatively new field of technology.

What Is An Electric Car?

In this expanding global population, the electric car is a new type of transportation that is more practical and effective. People prefer electric vehicles over regular engine cars primarily because they employ an electric motor instead of a fuel combustion engine which is more convenient and safe to use.

Electric cars are not a fleeting fad; they are getting more inexpensive with every passing year, and people are becoming more at ease with the concept of charging in rather than fuelling up. According to a recent survey published poll, 71% of U.S. drivers will entertain purchasing an EV in the future. One-third of those polled stated their next purchase will be an EV. Other fascinating facts about electric vehicles include:

Although many people believe that electric car technology is brand-new, it’s important to remember that the concept of electric cars is not at all recent. In actuality, Thomas Parker, an English inventor, built the first electric car for mass production in 1884. But you can wonder why it ceased or never became popular earlier.

The explanation for this is that by 1897, a network of electric taxis was also in use in London. Recent improvements in the technologies of petrol and diesel engines put an end to the prominence of electric cars back then. It has been noted that the trend in EVs is returning and is anticipated to be the world’s future due to the environmental damage caused by the use of fossil fuels and global warming.

Using an electric car used to be one of the pleasures because of how peaceful they make the roads. But as of July 2019, a new EU regulation made it a legal requirement for all new electric and hybrid automobiles to make an artificial noise so that bicycles and pedestrians may more easily hear them. At speeds of 13 mph or below, the noise becomes audible. Fortunately, the noise is coming from outside the automobile, leaving the interior peaceful for the driver.

Regenerative braking is used in all-electric vehicles, which expressly means that when you apply brakes, some electricity is returned to the battery. In reality, braking tends to help you get even more kilometers out of your car, allowing you to drive farther. Drivers of electric vehicles who drive down a slope or a hillside will indeed have traveled more kilometers when they approach the flat roads.

Electric automobiles could be regarded as batteries on wheels. With the correct technology, it is feasible to use the power in a car battery to feed your own house or balance the electrical grid at particular periods of the day. It’s also totally viable to utilize a battery pack to operate an outdoor concert or even Christmas lights as Nissan proved in 2013 with their LEAF-to-home technology.

The size of an electric car’s battery makes it 10 to 25% denser than a gasoline-powered car. This is advantageous because an electric vehicle necessitates more time to halt during braking, making the passengers much safer and secure in the event of an accident.

Electric automobiles are faster than gasoline-powered vehicles, which is one of its amazing facts. To go from a motionless to an instantaneous speed, the electric engine generates 100% of the potential torque in an instant.

William Morrison, an American inventor, created an electric vehicle that could go at 14 mph and accommodate six passengers. Although the initial electric automobiles were utilized rather often, the development of the gasoline engine and low gas prices made electric cars obsolete.

The data about electric cars attest to how effective they are at moving people around. For instance, an electric automobile uses 80% of its battery’s energy to transmit electricity to the car as opposed to a gasoline-powered car using 14 to 26% of its energy.

Three charging speeds—slow, rapid, and accelerated—are available for electric vehicles. The vehicle’s battery might be charged up to 80% in just 30 minutes if you choose the accelerated mode, which has power levels of 43kW.

Over 2 million electric vehicles were sold globally in the past year. These figures demonstrate the tremendous recent growth of the electric vehicle market. Nevertheless, there are still a lot of obstacles standing in the way of the broad adoption of electric vehicles. These impediments are a result of people’s misconceptions regarding its safety, environmental effects, cost, etc. In this part, we dispel myths and offer accurate information about electric vehicles, and the mode of transportation of the future.

The initial cost of all-electric cars is decreasing. Many are already competitively priced. With cheaper fuel and service expenses, an electric vehicle is now far more inexpensive to acquire, maintain, and operate than a gas-powered automobile.

The extra demand caused by electric cars is beyond the capacity of the electrical system in the country.

Electric automobiles improve the electricity infrastructure. The total demand increase is low, and electric cars aid the system by conserving and controlling energy, as well as bringing down power bills for customers.

Electric automobiles have the same environmental impact as gasoline-powered vehicles.

Electric vehicles release a fraction of the climate change contaminants that gas-powered vehicles made from the manufacturer to the road, thanks to zero tailpipe emissions. EVs in all categories are already replacing 1 million barrels of oil consumed each day worldwide. In addition to that, electric car batteries can be recycled which gives maximum benefits to the environment.

Only sedans are available in electric vehicles.

Electric cars (EVs) and plug-in hybrid electric automobiles (PHEVs) are currently available in a wide range of vehicle classifications, going beyond sedan/compact versions. There already exist more than 50 PHEV and EV vehicles in the marketplace. More models are expected to be launched in the future years, expanding vehicle class possibilities.

Many EV facts appear to be fun facts. Some of them are listed below;

More individuals are choosing electric vehicles as a result of the growing need for ecologically sustainable transportation. These cars are very promising since they have no emissions, which greatly reduces greenhouse gasses and enhances air quality. We must investigate alternate fuels and energy technologies that can catch pace with the industry’s high rate of development if we are to fulfill the demand for this kind of mobility.